questions in a world of blue 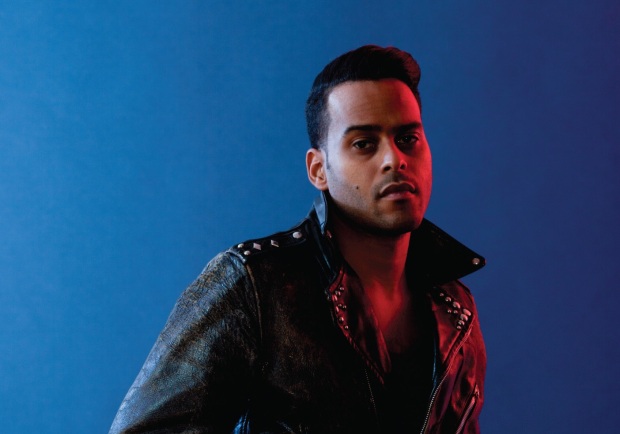 Schoolboy: Do you think he’s coming back?
John Blake: I don’t know.
-The Dark Knight Rises

He has had enough of meddling who can please
A young girl in the indolence of her youth,
Or an old man upon a winter’s night.
-W. B. Yeats, “Upon Being Asked For A War Poem”

I never agree with people who denounce all criticism because it spoils art, but I understand where they’re coming from. There are few pleasures as rich and unalloyed as finding an exciting album, or book, or film. We live in difficult times. We ought to be able to enjoy those lovely discoveries that are still within our reach.

But then somebody comes along, and what they do is, they pour vinegar all over it.

Take, for example, an article by Chris Richards about the band Twin Shadow, published in the Washington Post, and forced to stagger under the weight of this amazing title: “Positive Reception For Twin Shadow’s ‘Confess’ Shows Mediocre Taste In Indie Rock World.” According to Richards, the fact that Pitchfork awarded “Best New Music” honors to Confess proves that the hipsterati have no taste. He mourns the album’s “inability to conjure a memorable melodic hook,” and he lays into the band leader, George Lewis Jr., for having “a bloated sense of self,” and for loving “to talk about the depth of his ambition and the extent of his good-lookingness.”

Look, I don’t care whether or not Richards likes Confess as much as I do. All I ask is that any music critic writing for The Washington Post be as objective as their foreign correspondents, even if they’re writing an Op-Ed. (After all, people like Thomas Friedman write op-eds, but that doesn’t mean they can e.g. invent a sudden evacuation of Zambia, or whatever the case may be.) That critical objectivity is completely lacking here.

Richards is angry that Pitchfork has become so influential. After all, he’s stuck writing for a different publication. So he tries to bring Confess down on hilarious grounds — namely, that the singer is too sexy, and the music is unacceptably larger than life. Swagger and braggadocio are so fundamental to pop music that plenty of songs get by just by referencing other sexy musicians (here’s looking at you, “Moves Like Jagger”). When I saw Lewis standing alone, surrounded by blue emptiness, and coiffed like George Michael, I let out a sigh of relief. Finally, I thought, he’s being himself. His previous album got a lot of praise, too, but just look at that insipid cover. 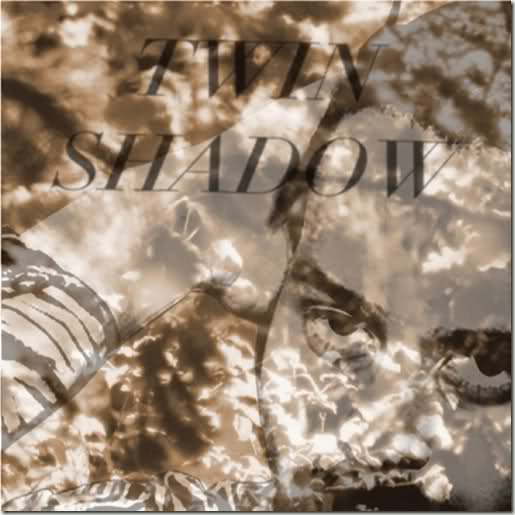 It’s all weird, wavy abstraction, and some kind of buried face, as though Lewis needs us to know right away that he is drowning in alienation. Sure, the second album conveys the same thing, but the difference is that we can see him and his hair is perfect.

Richards contradicts himself constantly, doing that particular two-step that terrible music critics love. On the one hand, Twin Shadow is derivative. They sound like Aha. They sound like TV on the Radio. They sound like the Psychedelic Furs, Gary Numan, Bruce Springsteen, and Peter Gabriel. (The only person Richards doesn’t mention, George Michael, is the one reference that would have made sense.) I like some of these bands and not others, but one thing they all have in common are hooks. These are some of the hookiest songwriters on the planet. But apparently Twin Shadow, who sounds like each and every one of them, still fails to “conjure a memorable melodic hook,” even when a song like “Five Seconds” is so distinct that Richards can narrow his argument down to individual songs (“Wolf Like Me” and “Take On Me”).

What’s more, Richards can’t keep his timeline straight. On the one hand, the tones and rhythms of the song are “safely couched in the Reagan Era” (as if that somehow makes them Reagan-like), and on the other, “Five Seconds” sound like “Wolf Like Me,” which was recorded in the Bush Era (a.k.a. The Era We Would Like To Forget).

All this is quite bad; still, the article doesn’t really become unforgivable until Richards drags Lana del Rey onstage, claiming that del Rey and Lewis are versions of one another. Naturally, Richards pretends to care about the unfair treatment of Lana del Rey, then drops the hammer by announcing that both Confess and del Rey’s Born To Die fail to convey “actual emotion.”

What can that phrase possibly mean? What makes the emotional content of a song unreal? I don’t know for sure, but I suspect that Richards objects to the story these albums tell. The story is about using other people to get high on feelings, because when Lewis is alone, he gasps as if there’s no oxygen in the air. It’s about trying to clamber your way back to your golden years (whenever you think they were) on the backs of unsuspecting lovers. You could use Elizabeth Bowen’s phrase, “the death of the heart.” Or you could think of these songs as statements by people we are used to seeing from the outside in songs like “So Fast, So Numb” by R.E.M., and “Return to Oz” by the Scissor Sisters, and Taylor Swift’s “Dear John.” “So Fast, So Numb” is one of R.E.M.’s best songs, actually, with Stipe growling that “anyone can scratch your surface now / it’s all amphetamine” and that he’s “living so hard, so fast, so numb that you can’t even feel.”

One of the trickiest things about music is that none of the emotion is actual. It’s all scenes from somebody else’s life, counterfeited into melodies and sounds. When somebody like Richards demands “actual emotion,” what he’s really saying is that he can’t bear the thought of musicians who feel like he does — who feel, that is, as little as he does. Richards sits in front of his computer, listening to 100 megawatt songs like “Thunder Road,” and hoping that Bruce did a better job of escaping than he, himself, has managed.

But even this is too simplified, because actually sex appeal is an emotion. It is desire arranging itself into a question, which is probably why Depeche Mode felt compelled to record both “A Question of Time” and “A Question of Lust.” Allure is a youthful, exuberant quality, and hedonists like Lewis are fascinating because they put on a good show. No, Bright Eyes, they seem to say, life does not have to be lived next to a box of Kleenex and a DVD copy of The Notebook. The ability to be sexy comes and goes, for most people anyway, but the alternative is turning into Skyler White or one of those sad, deflated douchebags from The League.

Yes, Lewis is numb. He’s determined not to be comfortable, though, bidding for a place beside the likes of Pulp and Roxy Music. Lewis confirms that there’s a storm coming, but meanwhile he dances close, and whispers the news, softly and carelessly, into your ear. Is it me? Is it you?

Swimming pool glimmering darling
White bikini off with my red nail polish
Watch me in the swimming pool
bright blue ripples you
-Lana Del Rey, “Off To The Races”